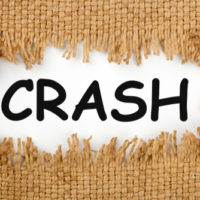 While motorcycles can be fun to ride, they are prone to crashes with other vehicles. Sadly, many of these crashes are fatal.

A motorcyclist was recently killed in a crash in a crash in North Fort Meyers. The fatal accident occurred on the afternoon of November 3 on State Route 31.

The 27-year-old man from Lehigh Acres was traveling south on State Route 31 when a sedan, driven by a 37-year-old man from Cape Coral, turned left into his path. The motorcycle and sedan collided. The man was ejected from the motorcycle due to the impact. He landed in the path of another vehicle. He was taken to Lee Memorial Hospital for treatment but he later died. Nobody was injured in the crash.

Left turns are one of the main causes of motorcycle accidents. Whether the motorcyclist or another driver is making the left turn, this action is much more dangerous than making a right turn.

When other drivers turn left in front of a motorcycle and cause a crash, the main reason is that they didn’t see the motorcycle. While this may seem like a lame excuse, it is likely the truth. Depth perception is a major issue among other motorists. They don’t perceive motorcycles like they perceive other vehicles. That’s because vehicles are more common on the roadways. They are hardly ever looking out for motorcycles, which are much smaller and therefore harder to see. They tend to blend in with their surroundings, plus it’s harder to gauge their speed.

Driver distraction also plays a role in left turn accidents. Smartphones are ubiquitous nowadays, with people making phone calls and texting while driving, even though it is illegal. These distractions often lead to crashes. These accidents are much more pronounced when they involve a motorcycle vs. a larger vehicle rather than two passenger vehicles.

It seems as though turning left can be a complicated maneuver, but it shouldn’t have to be. There are safe ways to make a left turn. First, be sure to yield to traffic. This the law. The traffic going straight has the right of way. Also, be sure to signal before turning. Try to signal at least 150 feet before the turn to give notice to other drivers.

You should also be alert, especially if you are at a crosswalk where pedestrians may be present. Once you do decide to turn, make sure you have enough time to do so. Don’t assume that other vehicles will see you and slow down. By then, it may be too late.

Seek Help for Your Accident Case

Motorcycle accidents are no laughing matter, especially when a much larger vehicle is involved. They can lead to serious injuries and even death.

If you or a loved one was injured or killed in a motorcycle crash, seek legal help from the Dade City & Zephyrhills motorcycle accident attorneys at Madonna Law Group. Our team can assess your case and help you obtain the compensation you deserve. To schedule a free consultation, call (800) 557-0411 or fill out the online form.