Family of 4 Killed in Semi Truck Accident in Florida 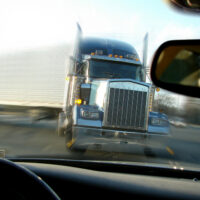 Crashes involving huge trucks are often very serious in nature. Sadly, this was recently the case in Florida, when a family of four was killed in a truck accident. The truck driver miraculously survived.

The fatal accident occurred on the evening of November 26 on Interstate 95 in Titusville. A Georgia man was driving a semi truck hauling cars when it collided with a Dodge Ram pickup truck that was hauling a trailer. Both vehicles were heading in the same direction when the crash happened.

The Dodge was hauling an excavator when an axle on the trailer separated. It came off and rolled underneath the semi truck. The 60-year-old semi truck driver swerved to avoid the axle, but ended up colliding with the Dodge.

Both vehicles went off the road due to the impact. The Dodge overturned. Inside were four men from Fort Pierce. All were related. The driver, a 30-year-old man, and three passengers, ages 38, 50 and 58, were all killed in the crash.

Three people had died at the accident scene. The fourth later died at a local hospital. The driver was the only one wearing a seatbelt.

The semi truck had jackknifed, but the driver miraculously was not injured. However, all lanes of southbound Interstate 95 were closed until the next morning as police investigated.

Crashes involving semi trucks can involve various factors. One of the most common ones is fatigue. Truck drivers are often overworked. They are often pressured to work long hours to meet deadlines, even though there are limitations under federal law. Still, some companies ignore the regulations and push their drivers to work longer and longer hours without breaks, causing them to get fatigued and even fall asleep at the wheel.

Substance abuse is also an issue, and it relates to long working hours. In order to stay awake, truck drivers may use alcohol and drugs, which can impair their judgment and ability to react quickly. Even prescription drugs should not be used while driving, as they can cause drowsiness.

A lack of training can lead to crashes. Many trucking companies try to get drivers on the road as quickly as possible. This means that drivers are not knowledgeable about driving such a large vehicle, compromising safety.

Distracted driving is a huge issue among all drivers, even though who drive semi trucks. Truck drivers travel long distances and they can get bored after a while, especially while driving on long stretches of roadway. They may use this opportunity to text or call people or even surf the internet while driving. This can have dangerous consequences, as taking one’s eyes off the road for even a second can lead to a fatal crash.

Sadly, truck accident fatalities are common. Semi trucks are many times larger than passenger vehicles, causing serious injuries and death. Those who survive must often deal with permanent, lifelong injuries.

If you or a loved one was involved in a truck accident, the Dade City & Zephyrhills truck accident lawyers at Mander Law Group can help you obtain compensation for damages. To schedule a free consultation, call our office at (800) 557-0411.