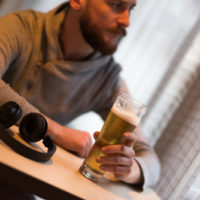 Substance abuse problems can plague people of all backgrounds. Even those in the medical field can fall prey to lures of drugs and alcohol. These people can lose their professional licenses, driver’s licenses and more.

A Florida dentist is now losing his right to practice after being arrested for a DUI for the third time. The Florida Department of Health put an Emergency Restriction Order on the dentist’s license after it was discovered that the 31-year-old man had substance abuse problems that were much worse than previously thought.

It was determined that the dentist was not physically or mentally capable of safely practicing dentistry after he was diagnosed with an addiction to marijuana, amphetamines, sedatives, opioids and alcohol. After continuing to violate the law and use illegal drugs while driving, it was found that he lacks the good judgment to practice dentistry.

The dentist was first arrested in 2007, when he was just 19 years old. He was arrested for his second DUI 10 years later, on December 26, 2017. Witnesses saw him swerving across the road. Just a few weeks later, he was arrested again after rear-ending a car and showing physical signs of intoxication.

In both situations, the man performed poorly on field sobriety tests. While he took Breathalyzer tests both times, he refused to take urine tests.

In the first case, the man blew blood alcohol levels of .136 and .137 . However, he got his dentist license back when he argued that the hearing officer made a mistake during the process because they did not subpoena witnesses.

In the second case, the man admitted to using marijuana two weeks before he was pulled over, as well as one week after the arrest. The dentist pled no contest to a careless driving charge. He was fined $166. The most recent case is ongoing.

These arrests gained the attention of the Department of Health. The agency ordered a doctor specializing in addiction to evaluate the man.

The dentist denied use of any psychotherapeutic medications. However, when submitted to testing, the man’s urine contained mitragynine, which is an opioid receptor used by people who want to obtain a high similar to that of an opioid. Sometimes it is used to help those suffering from opioid withdrawal.

When his hair was tested, it showed use of hydrocodone, amphetamine, diphenhydramine, oxycodone and oxymorphone. It is believed that diphenhydramine played a role in the December 2017 arrest and amphetamine was the active ingredient in the January 2018 arrest.

He was recommended to seek treatment. However, as of July 26, the dentist had not sought treatment.

If you have been arrested for driving while under the influence of drugs or alcohol, you need to seek legal help quickly. There are many matters that must be addressed quickly, and if you wait too long, you could lose your driver’s license for a long time.

A DUI charge can lead to jail time, fines, license suspension and other penalties. These penalties become more severe when a person has been charged with multiple DUIs. Challenge your suspension and fight your charges by contacting the knowledgeable Dade City criminal defense attorneys at Madonna Law Group. Call (800) 557-0411 to schedule a consultation.