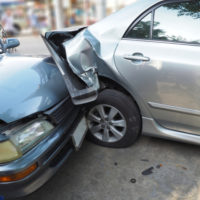 Being involved in a car accident can be a scary situation, especially if you’re the one who caused the crash. Even though you may not have wanted to cause an accident, if you were driving in a reckless manner or broke the law before, during or after the crash, you could be held liable.

Case in point: when you leave an accident scene right after a crash. This is known as a hit and run, and it can lead to felony charges, especially if you seriously injure or kill someone.

A Florida man is facing hit and run charges after causing an accident that killed a man. The fatal crash happened on the morning of May 16 on Interstate 95 near Oakland Park Boulevard in Oakland Park. A tow truck driver was on the shoulder tending to a damaged car. A car came toward him and pushed him off the roadway.

A 63-year-old man came to pick up the driver of the damaged car. He exited his vehicle and was examining the damage when a Volkswagen hit the car being towed. The vehicle rotated, hitting the man and pinning him up against a guardrail.

The driver of the Volkswagen, a 32-year-old man, exited the vehicle and fled the accident scene on foot. Police found him a while later. He resisted arrest but was finally taken into custody. He was taken to a local hospital to be treated for cuts to his head and face. He was then booked into jail. He claimed that his actions were caused by eating something laced with marijuana.

The man pinned against the guardrail died at a local hospital. The tow truck driver was unharmed. The driver of the Volkswagen is facing charges of resisting arrest and felony hit and run.

When you are involved in a car crash in Florida, you must stay at the accident scene to exchange information and check on the others involved. If you immediately take off, you face hit and run charges.

When a hit and run accident results in death, it is a first degree felony. This is punishable by a $10,000 fine, 4-30 years in prison and a revoked license for three years.

Get Help for Your Car Accident Claim

If you or a loved one was injured or killed in a car accident, it’s crucial that you seek legal help. A lawsuit can help provide financial recovery for injuries and other damages suffered in the crash, such as vehicle damages, medical expenses, loss of income, and pain and suffering.

The Dade City personal injury attorneys at Mander Law Group can help. Our team can assess your case and help you become whole again following a serious crash. Call our office today at (800) 557-0411 to schedule a consultation.