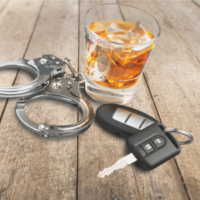 While we learn early on that drinking and driving is illegal, many people do it anyway. They’re out partying and having a good time with friends. Against their better judgment, they decide to drive after consuming multiple alcoholic beverages. While some drunk drivers are able to make it home safely without causing a car accident, many do not. They injure themselves and others. They may even kill innocent bystanders, causing the drunk driver to get arrested for DUI.

This was what recently happened to a Florida man. The 32-year-old man from Hudson was arrested for DUI after causing a crash that killed a man and seriously injured himself and another person. The fatal accident occurred in Hudson on the morning of April 6 at U.S. Highway 19 and Briar Oaks Drive.

The man was driving a pickup truck on southbound Highway 19 when he passed another vehicle at high speeds. He then crashed into a vehicle and a light pole, causing his pickup truck to overturn. The second vehicle also overturned.

The driver of the second vehicle, a 60-year-old Brooksville man, was taken to a local hospital, where he later died. His passenger, a 63-year-old woman also from Brooksville, suffered serious injuries.

The man who caused the accident also suffered serious injuries. He was arrested for DUI manslaughter.

What is DUI Manslaughter?

A person can be charged with DUI manslaughter if they caused a fatal accident while under the influence of alcohol. This crime consists of four components:

A person convicted of DUI manslaughter will face other consequences as well. One major one of the loss of their driver’s license. It is possible to apply for a hardship license after completing various requirements, such as attending DUI education classes, spending time in inpatient alcohol treatment and getting an ignition interlock device installed in a vehicle.

Drinking and driving is a serious issue that can cause serious injuries and even death, as seen in this case. Alcohol can cause a person to exhibit poor judgment and drive erratically.

If you have been arrested for a DUI, you need to act quickly. Seek legal help from the Dade City & Zephyrhills DUI defense attorneys at Mander Law Group can help. To schedule a consultation, call (800) 557-0411 or fill out the online form.