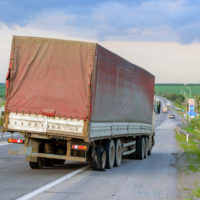 Auto accidents can be deadly, particularly when they involve large vehicles such as semi trucks and construction vehicles. The sheer size of these vehicles can cause crushing injuries, and those who survive often must deal with serious and even permanent disabilities.

A Florida man was recently killed when he rear-ended a dump truck while operating a street sweeper. The accident happened on the morning of May 28 on Old Grade Road, near Interstate 4. The dump truck was turning left into the Hilochee Wildlife Management Area when the two vehicles collided. The street sweeper burst into flames following the impact.

The driver of the street sweeper, a 44-year-old man from Leesburg, died at the accident scene. The driver of the dump truck suffered minor injuries and was taken to Heart of Florida Regional Medical Center in Davenport. He was wearing a seatbelt at the time of the crash.

There are many reasons why rear-end accidents occur. Many are caused by distracted driving. Drivers may be talking on the phone, texting, eating or otherwise distracted and fail to see a vehicle slow down or stop in front of them. Speeding and road rage are also common. Fatigue and intoxication can slow down a motorist’s reflexes, preventing them from stopping in time to avoid a crash. Many rear-end accidents happen in heavy traffic, when cars are traveling very slowly and people are in a hurry to get to their destination.

In rear-end accidents, the driver of the vehicle that is behind the car that is rear-ended is almost always at fault. The reason for this is because every driver has a duty to keep sufficient space between their vehicle and others on the roadway. This is because in the event of a road hazard or other unexpected slowdown, there should be enough room to slow down or stop without causing a crash.

While the driver in the rear is almost always liable, that does not mean that the driver who is rear-ended is not negligent at all. There are several situations in which that driver would be at fault. For example, if the vehicle stops to make a turn and fails to do so, the driver could be liable. The same applies if the vehicle’s brake lights do not work or if the driver gets a flat tire and fails to turn on hazard lights or pull over. While rare, another situation would be if the vehicle were to reverse suddenly.

Accidents involving semi trucks, dump trucks, street sweepers and other large vehicles often result in serious injuries and even death. This is due to the immense size of these vehicles. Sometimes these drivers are inexperienced, fatigued or intoxicated, and are at fault for these crashes.

If you or a loved one was seriously injured or killed by a truck driver, seek legal help right away. The Dade City truck accident attorneys at Mander Law Group can determine liability and help you receive compensation for your damages. Call our office at (800) 557-0411 to schedule a consultation.