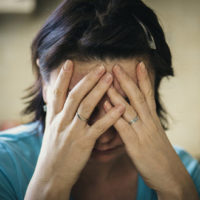 Accidents happen, but sometimes they can be prevented, especially if a person acts in an irresponsible or reckless manner. Drinking can cause a person to become intoxicated. When a person is under the influence of drugs or alcohol, they lose control of their good judgment. They do things that they would not normally do. For example, they may cause a crash with an infant in the car or drive in nothing but a bikini.

This type of incident recently happened in Florida. A 21-year-old woman was arrested after causing a crash on September 24. The accident happened in Cape Coral on Del Prado Boulevard. The woman, wearing nothing but a bikini, rear-ended a vehicle. This caused the other vehicle to spin out. The accident caused debris to fly through the air and hit another vehicle.

Inside the vehicle was the woman, her boyfriend and her 3-month-old child. After she was pulled over, she admitted she was intoxicated by uttering “I’m drunk, OK?” Officers noted that the woman also looked intoxicated, with symptoms of glassy eyes, slurred speech and the smell of alcohol on her breath.

In addition, while walking to the police to be arrested, she asked the officers several times if she could remove her pants. She was not wearing pants at the time.

The woman was taken to Lee County Jail. She faces several charges, including DUI involving a minor under age 18, DUI with property damage and threatening a police officer. Authorities contacted the Department of Children and Family Services.

DUI With a Minor in the Car

DUI penalties include community service, probation, fines, installation of an ignition interlock device and jail time. These penalties can be enhanced if there is a minor in the car at the time of the DUI arrest. DUI child endangerment penalties are enacted in Florida and 45 other states.

To be charged with DUI with a minor, the driver must have a child under the age of 18 in the vehicle at the time of the DUI arrest. A person can be arrested for DUI if one of the following elements apply:

A DUI charge is typically a misdemeanor but aggravating circumstances—such as causing serious injury or driving with a minor—can elevate the charge to a felony. In these situations, you need someone on your side to mitigate the charges and reduce your penalties.

DUI charges can be serious when children are involved. This can lead to child neglect and endangerment charges. Get legal help from the knowledgeable Dade City criminal defense attorneys at Madonna Law Group. Schedule a consultation today by calling (800) 557-0411.