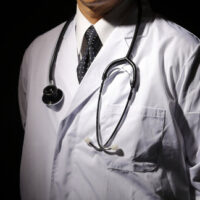 People make mistakes; we’re human, after all. However, some professions require skill and a high error-free rate, such as doctors. When a doctor causes harm to a patient, it’s a big deal. When a doctor harms hundreds of people — or kills them — then it becomes an even more serious situation. In these cases, doctors are deemed unfit and should not be practicing medicine.

However, in the case of a Jacksonville doctor, he is still practicing. That’s because the hospital he works at has ignored the hundreds of complaints it has received about the doctor’s incompetence. The doctor has caused hundreds of patients to suffer injuries. One person is even filing a wrongful death claim against him.

The plaintiff is filing the claim on behalf of his deceased wife, who allegedly died due to the doctor’s negligence. The lawsuit has been filed against the doctor, his clinic, Heekin Clinic LLC., and Ascension St. Vincent’s Riverside Hospital, the hospital he operated out of. The man is seeking damages under Florida’s Wrongful Death Act. He is asking for a jury trial. But even if found guilty, the doctor does not risk criminal charges or jail time.

The doctor should be punished, though, given the fact that he is currently the subject of 350 lawsuits. At least 100 more are expected by the end of 2022.

Ascension St. Vincent’s Riverside Hospital, which has received millions of dollars in revenue from the surgeries performed by the doctor, is denying any liability. The hospital says that if any negligence occurred, it was beyond their control. Any liability should be placed on the doctor  and his clinic. The hospital also believes that the statute of limitations has expired in some cases and claims that some of the allegations are irrelevant and even scandalous.

According to the most recent lawsuit, the doctor has a neurological disease that impairs his ability to safely practice medicine, especially performing complex orthopedic surgeries on patients. It was determined that the doctor does in fact have a condition called progressive supranuclear palsy. This is a rare brain disorder that causes problems with walking, balance, and eye movements.

Between 2016 and 2020 alone, the doctor allegedly caused hundreds of injuries, including fractures, ruptured and severed tendons, nerve damage, dislocations, and infections. According to the 37-page lawsuit, the doctor should not have been practicing medicine due to problems with communication, coordination, balance, and fine motor skills. The doctor also experienced a decline in cognitive ability and judgment.

There are many great doctors out there who are skilled and knowledgeable about medical conditions, diseases, and injuries. Then there are those who are truly unfit and should not be doctors.

If you or a loved one has been injured or killed by a doctor’s negligence, contact the Dade City & Zephyrhills medical malpractice attorneys at Mander Law Group right away. State law tends to favor doctors, so you need a strong legal team on your side. To schedule a consultation, fill out the online form or call (800) 557-0411.