Motorcyclist Dead After Being Involved In 2 Crashes 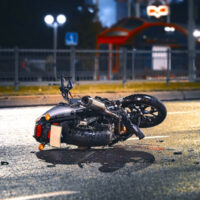 Motorcycle crashes are all different. Some people survive them. Then there are those who survive an accident, only to be killed moments later in a second crash.

Two back-to-back crashes in Florida have left a motorcyclist dead and a Good Samaritan injured. The accidents occurred on the evening of October 1 in Leesburg.

The motorcyclist died at the accident scene. The Good Samaritan was taken to a local hospital with serious injuries.

Left turn accidents are often a motorcycle rider’s worst nightmare. Motorcycles are often hard to see, which means motorists who are turning left do not usually see them until it is too late. There are other reasons why drivers turn left in front of motorcycles, such as:

Left-turn accidents are especially dangerous for motorcyclists. They often result in T-bone accidents, which can be fatal. Those who survive may suffer from catastrophic injuries, such as broken bones, head trauma, traumatic brain injuries, spinal injuries, and internal injuries.

Left turn accidents are common among motorcyclists and are often deadly. If you have been affected, make sure you get the compensation you deserve.

The Dade City & Zephyrhills motorcycle accident attorneys at Madonna Law Group will fight aggressively for the rights of motorcycle riders. To schedule a consultation, fill out the online form or call (800) 557-0411.