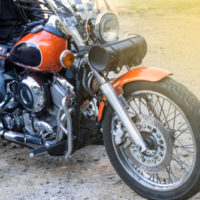 For many Florida residents, motorcycles are fun to ride. They offer exposure to the sun and wind on a warm spring or summer day. This exposure, however, can also lead to serious or even fatal injuries. In the event of a motorcycle crash, motorcyclists are not protected like occupants of passenger vehicles, so injuries are much more prevalent.

On January 17, a serious motorcycle crash caused a motorcyclist to lose both legs. The 31-year-old man is currently in serious condition after a vehicle cut him off and fled the accident scene. A Florida Highway Patrol trooper saw the crash and fortunately was there to provide medical aid to the victim before emergency crews arrived.

The accident happened on Park Boulevard in Pinellas Park. While the man was alert following the crash, he is currently in intensive care at a local hospital. The driver who hit the motorcyclist, a 20-year-old man, had fled the scene but later returned and admitted to causing the crash. The man had attempted to make a left turn in a Mitsubishi Galant and crossed all lanes of traffic when he cut off the motorcyclist.

The man was arrested and taken to the Pinellas County Jail. He faces multiple criminal charges, including leaving the scene of an accident involving serious bodily injury, driving with a suspended or revoked license and uttering forged instruments.

The victim suffered two broken legs and a broken arm. He was wearing a helmet at the time and fortunately did not suffer a brain injury.

Importance of Wearing a Helmet

Many people have excuses for not wearing a helmet. It ruins their hair. It’s too tight and restricting. It’s not cool to wear one.

However, there is one main reason why anyone riding a motorcycle or bicycle should wear one: it could save your life. An accident can happen when you least expect it. Even if you are riding just a short ride, you could be involved in a serious crash. You may be a safe rider, but you still have to worry about the actions of other motorists.

Wearing a helmet can significantly reduce your risk of suffering a brain injury or death while riding. The brain is very delicate and important. It controls your entire body, and even a mild head injury can cause memory loss, difficulty concentrating, sleep disorders and permanent disabilities.

Not all helmets are created equal. Choose one that is not too tight or too loose. Don’t assume you can wear the same helmet forever. It should be replaced after an accident.

As seen in this case, motorcycle accidents can be quite serious. Those who survive are often left with long-term or even permanent injuries.

If you or a loved one was a victim of such a crash, it is crucial that you obtain the compensation you need to pay for damages. The Dade City motorcycle accident attorneys at Mander Law Group will fight for your rights. Our aggressive lawyers can successfully handle your case from start to finish. To get started, call our office today at (800) 557-0411.