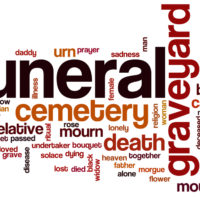 It’s always sad when a car accident kills a person, especially a teen. When this happens, should the liable party face criminal charges? It depends on the circumstances.

The law allows for vehicular homicide charges if the accident occurred in a reckless manner. But what is considered reckless? In a recent case involving the death of a teen boy, prosecutors failed to charge the at-fault driver—a police officer—even though he was speeding at the time.

The fatal crash occurred on January 11 at an intersection in Tampa. The 29-year-old police officer was attempting to catch up with other police officers when he swerved to avoid hitting a boy who was walking a bicycle across the road. While the officer missed that boy, he instead hit the boy behind him. The 15-year-old boy died at the accident scene. The officer allegedly left the accident scene, but later turned around.

At the time of the crash, the police officer was traveling at a speed that was 21 mph above the speed limit. Despite this, the Hillsborough County State’s Attorney’s Office came to the decision that speed alone was not enough to charge the police officer, under Florida law. There was no reason for the officer to be speeding, since he was not involved in an emergency. His only punishment was a five-day suspension, without pay.

What is Vehicular Homicide?

Under Florida Statutes Section 782.071, vehicular homicide refers to the death of a person due to reckless operation of a motor vehicle. The basis of a vehicular homicide claim is reckless driving, but speeding alone is insufficient unless the driving was traveling at more than 30 mph above the speed limit. In most circumstances, it is charged as a second-degree felony, which is punishable by up to 15 years in prison, another 15 years of probation and a $10,000 fine.

When the crash leads to vehicular homicide and the person flees the accident scene—as in a hit and run accident—the penalties are further enhanced. The fine stays the same—at $10,000—but prison time and probation length increase to 30 years.

One thing accident victims should know is that civil suits and criminal charges are unrelated. Even though the officer in this case will not face criminal charges, the family members of the boy can still pursue a civil case against the police officer. They can sue him for wrongful death and seek damages such as funeral expenses.

Car accidents are often minor, but in cases like these, they can lead to fatality. When a driver causes an accident that kills someone, they can sometimes face criminal charges, but that is not always the case, as seen here.

If you or a loved one was seriously injured or killed in a car accident, it’s important that you receive the compensation you deserve for your damages. The Dade City auto accident attorneys at Mander Law Group will guide you every step of the way. Contact us at (800) 557-0411 to schedule a consultation.