Semi Truck, 4 Other Vehicles Involved In Fatal Crash In Florida 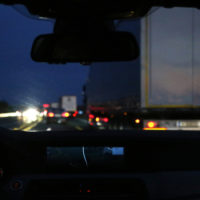 Many cars, bicycles, motorcycles and semi trucks frequent Interstate 75 in Florida. Given that there are so many vehicles on the road, accidents are bound to happen. Unfortunately, many of these accidents lead to fatality.

A recent five-vehicle crash in Florida has killed two drivers. The fatal accident happened on the morning of August 18 on I-75 near Sheridan Street in Davie. Three passenger vehicles, an SUV and a semi truck were all involved in the crash.

The accident occurred in the northbound lanes of I-75. A 28-year-old man from Boynton Beach was driving a Dodge Durango when he lost control. He veered into the path of a semi truck driven by a 51-year-old Coral Springs man.

This caused a chain-reaction crash. A 23-year-old man was driving an Acura with a 32-year-old passenger. A Volkswagen Jetta, driven by a 24-year-old man from Miami, was also involved in the accident. The drivers of the Acura and Dodge suffered minor injuries.

The crash also involved a third passenger vehicle, a Toyota Yaris. Two female passengers inside the Yaris, ages 67 and 76, were killed in the crash. They were both from Miami. The driver, a 64-year-old woman, was seriously injured and taken to Memorial Hospital for medical treatment.

The crash damaged a guardrail and causes debris to be spread across multiple lanes of I-75. The collision closed down lanes for more than four hours.

Unfortunately, car accidents are the norm in Florida. The state sees tens of thousands of accidents every month alone. In March 2017, there were 37,395 accidents in Florida. Most—just under 68 percent—happened during the day, between 4 p.m. and 5 p.m. Those between the ages of 25 and 34 years old were most likely to be involved. Most accidents occurred on Fridays.

The accident in this case happened in Davie, which is located in Broward County. Broward County ranks at the top for car accidents when compared to the all the counties in Florida. It had 40,324 total car crashes in 2017.

There are several main causes of these accidents. One huge factor is the rate of population growth in Florida. Between 2010 and 2017, the state saw an increase of more than 2 million new residents. More people means more cars on the roadways, and this leads to more congestion and accidents. Florida also has a huge population of retired people over the age of 65. Advancing age can lead to decreases in judgment and reaction times, as seen by the fact that when compared to accidents involving teen drivers, the number of accidents involving senior drivers was almost twice that amount.

Truck accidents are different from other types of motor vehicle accidents in that they often result in serious injury and even death. If you or a loved one has been involved in one, it’s important to understand your legal rights.

A truck accident can lead to medical bills, lost wages, pain and suffering, and other damages.

Seek legal help from the Dade City truck accident attorneys at Mander Law Group. We can evaluate your case and help you obtain the compensation you deserve. To schedule a consultation, call our office at (800) 557-0411.