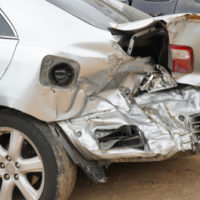 Car accidents tend to result in injuries, but depending on the situation, a crash involving just two vehicles can lead to more than a dozen people injured. That was the case in Florida when a pickup truck and passenger van collided.

The accident happened on the afternoon of March 6 in West Broward County. A pickup truck was in the southbound lanes of Alligator Alley when it rear-ended a passenger van. The driver of the van lost control and hit the median. It flipped onto its side in the northbound lanes. Several people were ejected from the van. The pickup truck also flipped over.

Sixteen people were injured, and one was killed. One woman was pinned underneath the van, but was freed by passersby who used a car jack to get her out. Five victims were airlifted to a hospital in Fort Lauderdale. Others were taken to a medical center in Weston. Some were treated at the crash scene. The conditions of the injured victims are not currently known. Authorities are still investigating the cause of the crash.

Rear-end accidents are common. In the United States, there are 1.7 million rear-end crashes on roadways every year. Half a million people are injured in these accidents, with another 1,700 people dying from injuries sustained from rear-end crashes.

According to the  National Transportation Safety Board (NTB), 80 percent of these accidents could be avoided by using collision avoidance systems, which are already available in some but not all vehicles. Front-crash prevention systems allow cars to brake automatically, preventing rear-end crashes from occurring.

The National Highway Traffic Safety Administration (NHTSA) states that a large majority of rear-end crashes—87 percent, to be exact—are caused by distracted driving. Cell phones, navigation systems and radios contribute to these crashes, but eating, talking to passengers, applying makeup and reading while driving also contribute to rear-end accidents.

Liability in a Rear-End Car Accident

However, there are situations in which the vehicle that gets rear-ended is the one at fault. For example, if the vehicle in front suddenly stops for no reason or reverses suddenly, and you hit it, it may not be your fault. Also, if a driver’s brake lights do not function, or if a driver gets a flat tire and does not use hazard lights to warn other drivers, he or she would be held liable to some degree should an accident occur.

Car crashes can lead to serious consequences. Even a rear-end accident can lead to severe injuries and even death. If you or a loved one has been injured in an accident, it’s important to understand your legal rights.

Let the Dade City car accident attorneys at Mander Law Group help you with your claim. We can help you deal with insurance companies, investigate the crash, obtain evidence and fight for your rights to compensation. Contact us to schedule a free consultation.