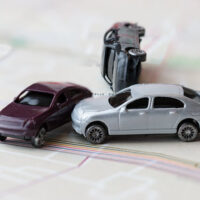 Sadly, this was recently the case in Florida. The fatal accident occurred on the evening of June 21 in Sarasota. Three vehicles were involved in a crash at U.S. 41 and Seagate Drive, killing two people and injuring five others.

The accident occurred when a couple from Kentucky pulled out of a parking lot  in the 8400 block of U.S. 41. While attempting to get into the southbound lane, they traveled into the path of two northbound vehicles. All three vehicles collided.

The Kentucky couple—a female driver, age 77, and a passenger, age 78—both died at the accident scene. Two people in another vehicle—a 34-year-old man and an 18-year-old woman from Bradenton—were hospitalized in serious condition. There were three men in the third vehicle. Two were from Bradenton, ages 28 and 31. The third man was a 40-year-old from Sarasota. All three suffered minor injuries. The Florida Highway Patrol is investigating the crash.

What is a Multi-Vehicle Crash?

A multi-vehicle accident occurs when three or more vehicles collide. Sometimes they are pile-ups or chain-reaction crashes. While they can happen anywhere, they are most likely to occur on highways, where hundreds of vehicles travel next to each over multiple lanes. Because there are so many vehicles in a tight space, it’s hard to slow down and avoid an accident.

Reduced visibility is also a factor in multi-vehicle accidents. Rain, snow, and fog can make it difficult for drivers to see where they’re going. They need to be extra alert, but when weather conditions reduce visibility, it’s harder to see other vehicles and stop in time to avoid hitting them.

Drivers often do not have enough time to avoid accidents. They may not brake in time. To avoid hitting vehicles in front of them, they may swerve into adjacent lanes and skid. In some cases,  vehicles swerve into oncoming traffic. These crashes often cause dangerous chain reaction crashes. Common collisions include rear-end, head-on, side impact, and sideswiping. This makes multi-car accidents some of the deadliest crashes.

In a multi-vehicle crash, multiple parties may be at fault. Florida operates under the pure comparative negligence law. What this means is that a person can sue for damages, regardless of their percentage of fault. Whether a person is 5%, 25%, 40%, 51%, 75%, or 99% at fault, they can recover compensation for their injuries. However, their compensation is reduced by their percentage of fault.

Multi-vehicle crashes are known for being deadly due to the various points of impact involved. Traveling in the wrong direction can make injuries even worse.

Seek legal help for your injuries. The Dade City & Zephyrhills auto accident attorneys at Mander Law Group can help you recover a fair amount of compensation for your damages. Schedule a consultation today by calling (800) 557-0411 or filling out the online form.